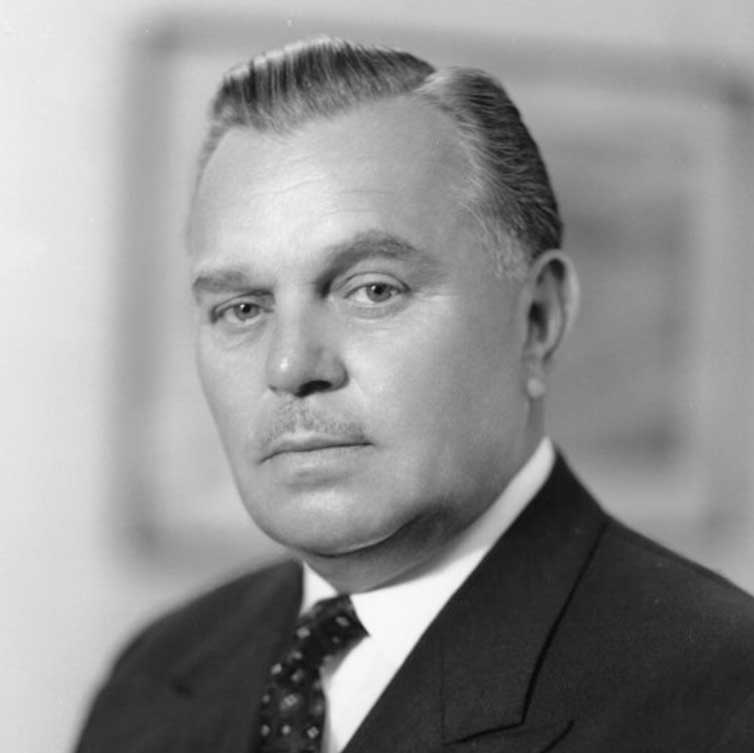 Billy Butlin was synonymous with seaside holiday camps in the UK, catering to over 1 million guests at the peak summer season. From modest beginnings and with little education, he rose in stature to become Sir Billy Butlin MBE and an institution in Great Britain.

Butlin commenced his overseas expansion in 1947, spending £1 million purchasing and upgrading the Fort Montagu Beach Hotel in Nassau. The following year he embarked on an ambitious plan to build a luxury vacation village at West End, Grand Bahama.

The project called for a 5,000-foot runway, accommodation for 2,000 guests, a selection of shops, bars, restaurants, and the largest swimming pool ever to be built in the region.

Although the partially completed Vacation Village opened in January 1950, Butlin’s Caribbean dream was already turning into a nightmare. The venture closed after just one season, leaving Butlin nursing heavy losses, and fighting to maintain control of his holiday empire.

The Jack Tar Hotels group of Galveston, Texas subsequently bought, refurbished, and expanded the operation, creating one of the finest all-inclusive resorts in the Bahamas, if not in the whole of the Caribbean.

As Peter Barratt notes in his definitive book on Grand Bahama, Billy Butlin envisaged the right development in the right place but was about ten years ahead of his time.